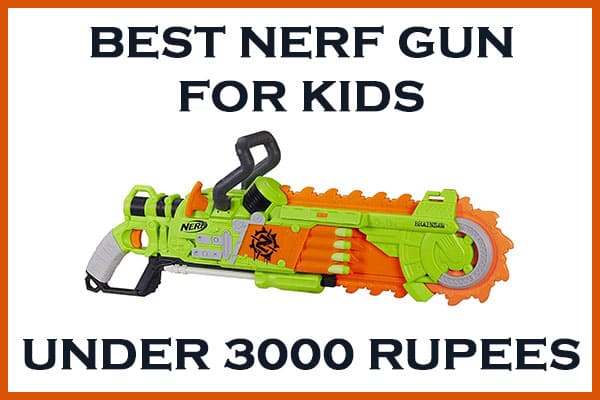 NERF guns are insanely fun to play and let us get creative in the outdoor space. When you are flexible with your budget you have more awesome NERF guns to choose from.

If you are looking for the best NERF guns to buy under 3000 rupees, we have rounded up some of the best and awesome NERF guns to spoil you with choices.

Before we start you can take a look at the above links for more NERF gun choices if you are looking for a cheaper one.